In order of joining the lab: 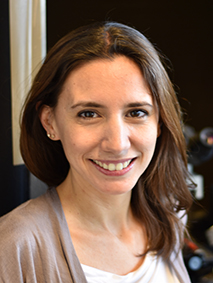 Lucia obtained a B.A. from the Universidad Autonoma de Madrid in Spain, where she trained with Gonzalo Garcia de Polavieja. After a summer working on vision in box jellyfish in the lab of Dan Nilsson at Lund University in Sweden, she joined Michael Bate‘s group at the University of Cambridge, UK for her PhD, where she studied the embryonic development of the Drosophila olfactory system. For her postdoc she worked on the evolution of olfactory pathways  in Drosophila, in the lab of Richard Benton at the University of Lausanne, Switzerland. She has received multiple awards, including the FENS EJN Young Investigator Prize 2018 and the 2018 L’Oreal-UNESCO for women in science Fellowship. In addition to the lab work, Lucia founded and runs TReND (Teaching and Research in Natural Sciences for Development) in Africa, work for which she received the Passion in Science Award 2016.

Alida obtained her BSc in Biomedicine at King’s College London. She developed an interest in neuroscience during her summer internship at the Florey Institute where she gained research experience in Steven Petrou’s laboratory. She then continued working in John Aggleton’s group where she focused on the mechanisms of memory formation in rats. For her bachelor thesis, she worded with Uwe Drescher to characterize zebrafish larvae behavior in a model of autism spectrum disorders. Following her studies, she moved to the Francis Crick Institute to join the visual circuit assembly laboratory with Iris Salecker where she focused on the development of motion detection neurons in Drosophila melanogaster. In the lab, she pursues her scientific interest in circuits assembly by comparing the transcriptomes of multiple Drosophilids to understand how genetic changes can affect the brain circuitry during evolution.

Ruairí is a Neuroscience MSci graduate from University College London. During his undergraduate studies he became fascinated by cellular neurobiology, developmental biology and, through a summer project at the Jefferis Lab in Cambridge, Drosophila neurobiology. Since then he has pursued his interests as a Research Assistant in the Drosophila Connectomics team where he had the privilege to explore the olfactory system of a female Drosophila melanogaster brain at an EM scale. He joined the lab in September 2018 as a PhD student. For his PhD studies, he is eager to build upon his previous neuroanatomical experience by comparing the morphology and functional properties of the neural circuitry of multiple Drosophilid species and in so doing hopefully understand something of the principles of how nervous systems can evolve. 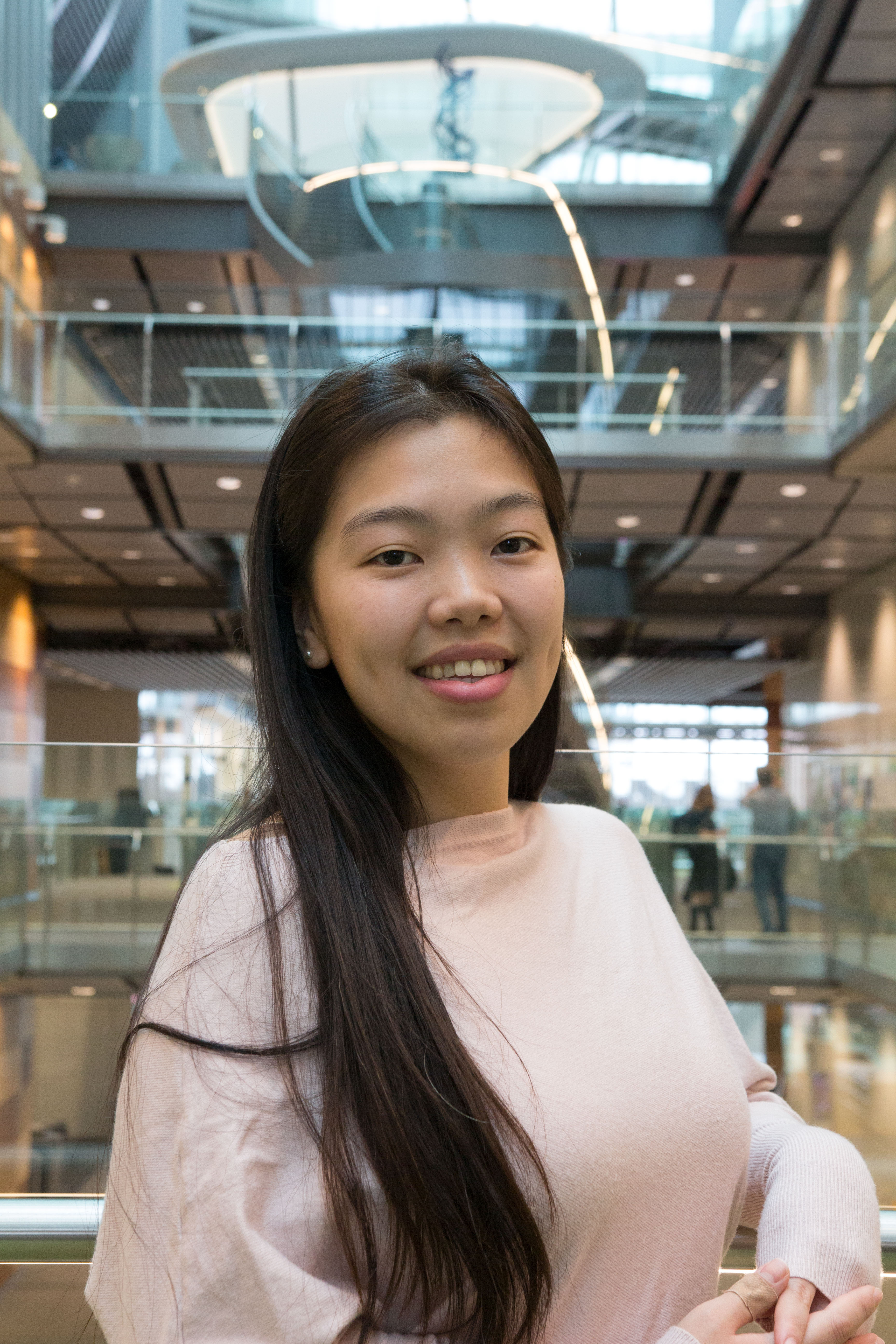 Hui graduated from UCL with a MSci Natural Sciences degree where she pursued two streams: Medical Physics and Brain Behaviour and Cognition. Her interests in Neuroscience pushed her to complete a Master’s research project focussed in determining the role of brain capillary pericytes in conditions of stroke, carried out in the lab of David Attwell at UCL. Before that she also had experiences in Molecular Neuroscience and Computational Neuroscience through short internships. As a PhD student in the lab she studies the evolution of odour coding and navegational strategies in closely related Drosophila species.

Sinzi studied Biochemistry for her undergrad at the Babeș-Bolyai University in Romania and went on to study Molecular Neuroscience for her MSc at the Graduate Training Center of Neuroscience at Eberhard Karls University of Tübingen in Germany. Inspired by her lab rotation with Andrea Wizenmann and her Master thesis with Thomas Euler and Timm Schubert, Sinzi pursued a PhD in Developmental Neurobiology with Darren Williams at King’s College London. For her postdoc, Sinzi will use two-photon volumetric calcium imaging to disentangle olfactory networks in D.melanogaster and compare them to other drosophilids. Combining her work with that of the other members of our team, she aspires to understand how structural and functional networks evolve.

Andrea obtained her Bachelor and Master degrees in Biology and Neuroscience from the University of Göttingen, Germany. She discovered her love of neuroethology in the lab of Martin Göpfert, where she worked on the aristal thermosensors of Drosophila melanogaster under the supervision of Bart Geurten. Inspired by a short research stay in Karin Norström’s group, she then joined the Heinze lab in the Lund Vision Group for her PhD studies. For the past five years, she has been exploring the neural networks that process sensory cues which guide the long-distance migration of the Bogong moth, Agrotis infusa. Following her interest in sensory processing, Andrea joined the Prieto-Godino lab to study the evolution of olfactory receptors in tse-tse flies (Glossinidae). 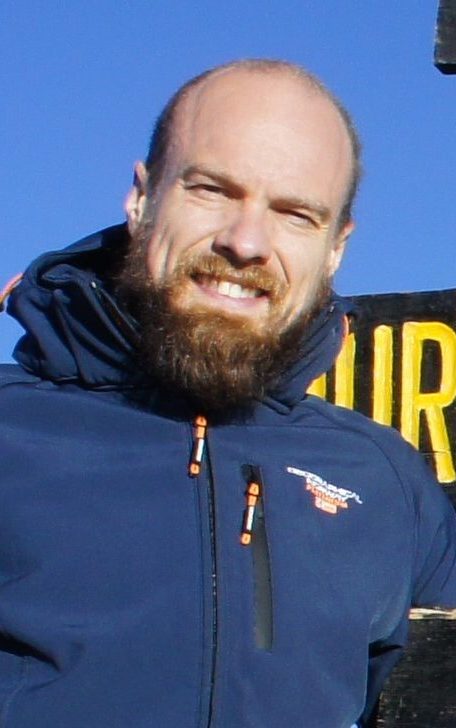 Jason completed his PhD in genetics at the University of Melbourne using the vinegar fly Drosophila melanogaster as a model to study novel insecticide resistance mechanism. His postdoctoral work in the lab of Professor Joerg Albert, at the UCL Ear Institute, centred on how sensory systems and environmental conditions can influence rhythmic behaviours in insects. Using both flies and mosquitoes he studied the link between circadian rhythms and mechanosensation using behavioural, biophysical and molecular techniques. His interest in insect sensory physiology and behaviour lead him to joining the lab as a senior research scientist to study how changes in olfactory systems across different fly species have changed their preferences for different hosts.

Juan studied Biology at the Universidad Nacional de Colombia, in Bogotá. His interest in evolution led him to join the Laboratory of Dr. Luis Fernando Cadavid in the same University, to obtain his Masters degree studying the molecular evolution of MHC class I in New World Primates. Continuing his career in evolution, he pursued his Doctorate at the Max Planck Institute for evolutionary biology in Plön, Germany. Under the supervision of Dr. Miriam Liedvogel, he studied bird migration from an evolutionary perspective using population genomics approaches, and from a functional perspective analysing chromatin accessibility and gene expression in specific areas of the brain in birds. The influence of the latter part of his Doctorate, bring him to join the laboratory of Neural circuits and evolution in April 2021. His aim is to combine evolution and neuroscience approaches to study the changes and adaptations of olfactory sensing circuits across Drosophila species.